Our clients and projects…

We pride ourselves on developing and maintaining good relationships with our clients to ensure we achieve the best results. Here are some of our clients and the projects we have successfully delivered.

Paul was appointed as the ‘outsourced’ Commercial and Operations Director of the Elena Baltacha Foundation. The Foundation has been established in the memory of Bally, as she was fondly known, who sadly lost her brave battle to liver cancer in May 2104. Paul’s roll was to review existing practices, implement good governance and to explore the ambitious plan to take tennis to more children across the UK.

PRO is the exclusive UK agent and business partner to the global tennis coach recruitment business OrangeCoach. PRO will manage, grow and deliver every element of the UK business and takes the place of PRO Coaching Jobs. For more information you can contact paul@orangecoach.com

PRO is the ‘outsourced’ Director of Operations at GTA to advise and support the day-to-day operation of one of Surrey’s leading indoor tennis facilities. Based in the Surrey Hills, GTA provides quality indoor tennis facilities and programmes for everyone with no expensive joining fees or monthly memberships. Paul manages the process, procedure, marketing and promotions.

PRO provided Sena Tengey, DTA Owner and Director of Tennis with strategic and business advice to ensure that existing programmes are profitable and sustainable and to always be one step ahead of the game in growing the Diamond Tennis brand and business across Cardiff and South East Wales. PRO was also instrumental in helping DTA secure an indoor venue tender, which has enabled the business to grow and flourish.

PRO was commissioned by The Management Committee at West Bridgford Tennis Club, Nottingham, to conduct a review of operational practices and to advise on running a more efficient and effective tennis club for its loyal and dedicated members. We continue to work with the club to assist in the implementation of some of the recommendations from the report. 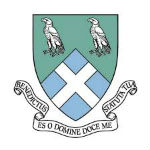 PRO was commissioned to train and advise the coaching team at Bradfield College on developing and delivering an effective outreach programme to aid the growth of the coaching programme at the college. PRO ran an interactive workshop to review current practice whilst suggesting alternative delivery and implementation models. 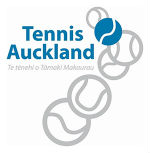 PRO was commissioned to work with Tennis Auckland to review and revive tennis club membership and participation across the city. This project has been an overwhelming success which has assisted clubs with modernising membership models, marketing and communication, coaches and coaching, volunteering and access.

PRO was appointed by the Tennis Foundation to re-open the Swansea Tennis Centre, which the Local Authority had closed due to large financial losses. We lobbied with Local Authority executives, appointed the highly successful operational team, assisted with running the grand re-opening, assisted with local tennis partnerships, strengthened the advisory board and mentored the manager. The centre is now making a respectable profit, which it is proud to reinvest into making tennis accessible to more people across the city and county of Swansea. This project is now considered one of the most successful community tennis case studies across British Tennis.

PRO has worked with Zsig since 2011 in a business development capacity to help grow the business both in the UK and in international markets and continues to work with Zsig to gain a further market share within the modified sports equipment market. 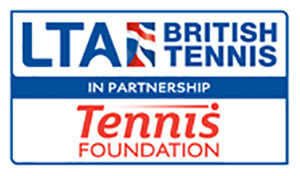 PRO has assisted the LTA/TF with multiple projects including being appointed as Team Manager for GB Wheelchair Tennis Team at the London 2012 London Paralympic Games, project manage the re-opening of the Swansea Tennis Centre and  advising on other Community Indoor Tennis Centres (formally ITI’s) and developing coach development course and resources. 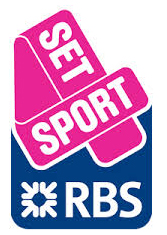 PRO worked with Judy Murray and her management team to organise and manage the inaugural Set4Sport Tour which was delivered the length and breadth of the UK during the summer of 2013.

PRO was engaged to review the British Athletics ‘schools offer’ including the teacher resources, teacher training, competition and the reward and recognition for children and young people.

PRO worked with the founders of the Give It Your Max tennis charity to assist with operational structures, reviewing and monitoring local programme output and success and organising and managing a tennis clinic for many of the children that had been introduced to tennis at the Statoil Masters event, with some of the worlds greatest tennis player at the Royal Albert Hall, London. 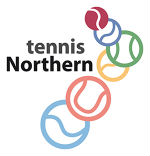 PRO was commissioned to work with Tennis Northern, New Zealand to review and revive tennis club membership and participation across the city. This project has been an overwhelming success which has assisted clubs with modernising membership models, marketing and communication, coaches and coaching, volunteering and access.

PRO was retained by Tennis Wales to support the network of Community Indoor Tennis Centres, engage with Local Authorities and support the executive team with wider tennis development challenges. 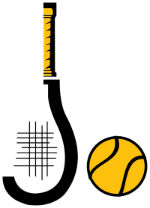 PRO provided strategic business support to Joanne Trataris and her coaching team at Glan Aber Tennis Club in Chester. PRO has assisted with programmes, communication and marketing, off court and time management, planning, programming and recruitment.

PRO was commissioned by The Bourne Club, Farnham to advise on a suitable coach deployment model after the head coach of 25 years had moved on. This required a comprehensive review of the current programme to ascertain the number of coaching hours, number of coaches required to deliver the programme and to recommend a deployment model that was both profitable and beneficial to the Head Coach/Coach contractor and the club.

PRO is working with Totally Tennis, Basingstoke, which has 4 indoor and 4 outdoor courts, to review the operating model of the business and to assist in the re-tendering process with the Local Authority. PRO will also review the coach/staff structure and deployment model as well as supporting the team with marketing and communication to help grow the business. Once a robust business model is implemented, PRO will assist Totally Tennis in developing a town/borough wide development plan.

Contact us to find out how PRO can support your business here:

Have a question? Get in touch here: